These projects are part of the humanitarian and relief work that the Foundation has been working on for years to assist and fill the needs of those affected and needy families, and to assist in alleviating living difficulties during the current conditions in the country.

Funding and supporting the cultivation of 10,000 coffee seedlings in rural areas

Funding and supporting the cultivation of 10,000 coffee seedlings in rural areas in Taiz governorate, 298 male and female farmers had been benefited from the project in 2020.

Funding the Medicine Supply Project to Support 51 Mental Patients, in 2020 in Sana'a governorate.

Support the General Traffic Department in Sana’a with an automatic sterilization device to prevent COVID-19 in 2020. 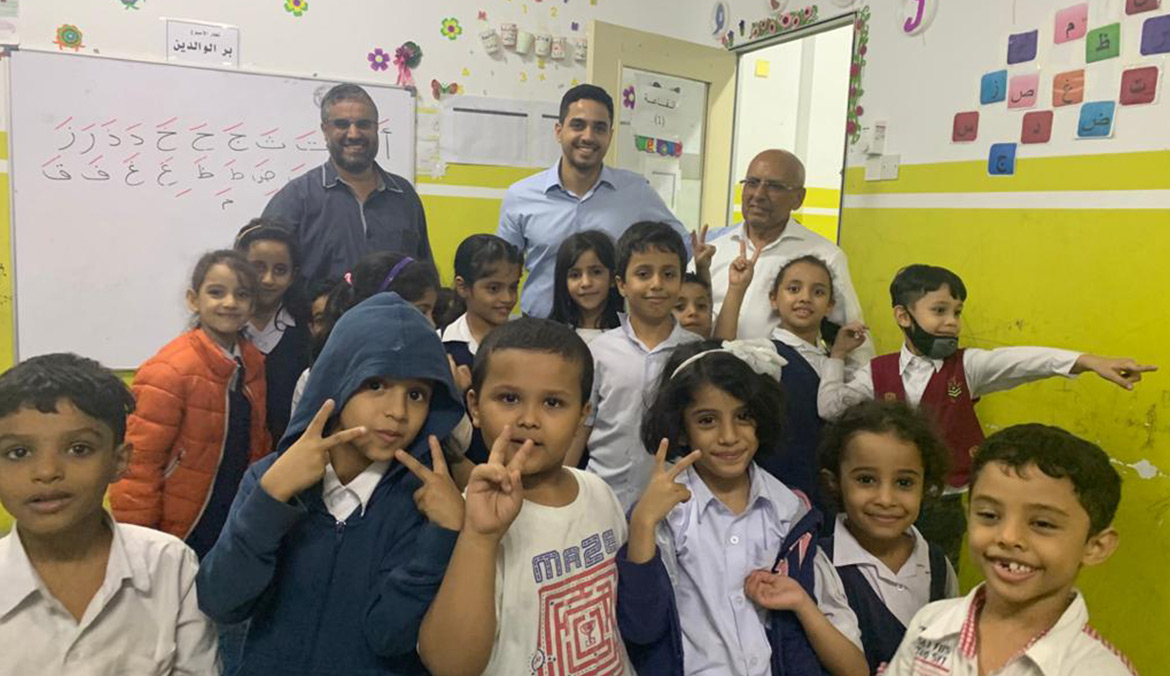 Support the Yemeni School Selangor- Malaysia by providing educational equipment and scholarships for 27 students of Yemeni families in Malaysia from 2020.

Part of the vocational training implemented by Al-Khair Foundation for Social Development within the activities of the project to improve the income...

Al-Khair Center for Training and Social Development concluded the (Tax Accounting) program for 14 employees in Universal Group, where the course...

Part of the microfinance seminar that was held on Thursday, December 22nd, for the beneficiaries of the project to improve the income of the families... 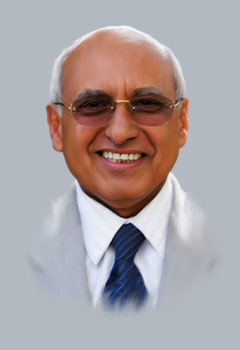 Al-Khair Foundation for Social Development has set its sights on the young men and women from the first day.
The concerned persons in the Foundation, in cooperation with the competent authorities, design packages of theoretical and practical training programs in order to support and develop youth, and create new job opportunities for them, opportunities that enable them to become independent and able to depend on themselves with the knowledge and experience they possess.

The education sector is the top priority at in the foundation. Educating girls, sponsoring orphan students, and integrating marginalized groups into the educational process in particular have the most attention.

The youth are our best bet, and hope is always there. Hope will not be lost, as long as the youth are still dreaming and have the desire and determination to realize their dreams.

Founder and Chairman of Board of Trustees 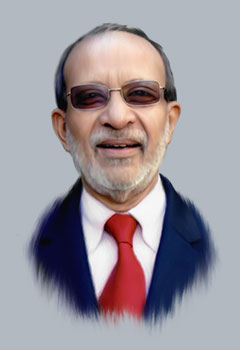 The Foundation made a pledge to commit and contribute to achieving long-term sustainable development, and the local communities that have benefited from the foundation's projects are witness to the impact these interventions have had in their regions.

Caring for people, especially the youth, will remain a priority, and the foundation will devote all its energy and resources to support them so that they are able to rely on themselves and can be relied upon in turn.

I am an accountant married woman who have children. I graduated from university and spent some time trying to find a decent job to support my family but I had no work experience. Fortunately, I joined the AKF Training Program for Accountants where I learned and practiced accounting skills,...
Read More

Awal is a student at Ibn Hayyan College of Applied Sciences – Major/ Physician Assistant.She is one of the beneficiaries of the marginalized support program. She has enrolled in the Program to Support the Education of the Marginalized since 2012 in the eighth grade - a stage of basic education....
Read More

Raifa Ahmad Muhammad is a student at Ibn Hayyan College of Applied Sciences – Major/ Obstetrics and Gynecology. She dropped out of the first year of high school, but when she heard about the Program to Support the Education of the Marginalized, she enrolled and successfully continued her...
Read More

“I have a Bachelor’s degree in Business Administration and I decided to join AKF training courses to refine my skills. I managed to succeed in my studies between university and the AKF courses despite the country’s turmoil. The benefits were great, especially the encouraging lectures of...
Read More

“I am one of AKF institute graduates. The set of courses at this rural educational center was beyond my expectations. The program helped me improve my skills in many fields of essential labor aspects and prepared me for university. From this point I continued my educational journey in Aden...
Read More

“I graduated from the High Institute of Health Sciences and decided to continue my Bachelor’s degree in accounting. I am an active volunteer in the health sector and participating in addressing issues such as the risks of chewing Qat and the best health practices for mothers & children. I...
Read More

“I am a student in the sixth year in the Faculty of Medicine and Health Sciences (University of Aden) and I am very pleased and grateful to receive a monthly conditional financial grant presented to me by AKF. I have benefited very much from this grant which I have been receiving for nearly six...
Read More

“I have been working as an automobile electrician and had continuous difficulties in inspection and diagnosis of modern cars because of the lack of experience which lead to the loss of many customers. My dream came true when I got the chance to enroll in this amazing course where I learned about...
Read More

“When I was nominated by the management of the Yemen Club for Touring and Automobile (YCTA) to enroll in the IBDL course I was very excited. I benefited very much from this course which has contributed to the development and enhancement of my professional skills. Also, it has fine-tuned my...
Read More

“I was given the chance to be trained in AKF in the field of hospitality which included on-the-job training, English language, Workplace Success, Yemen History, Tour Guiding and Car Driving. I was hired in one of the biggest hotels in Sana’a as a receptionist. This provided me with a steady...
Read More 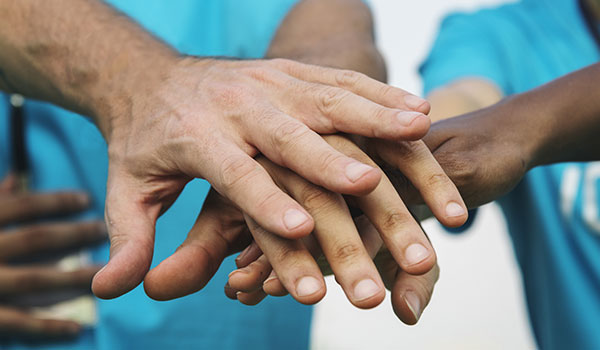 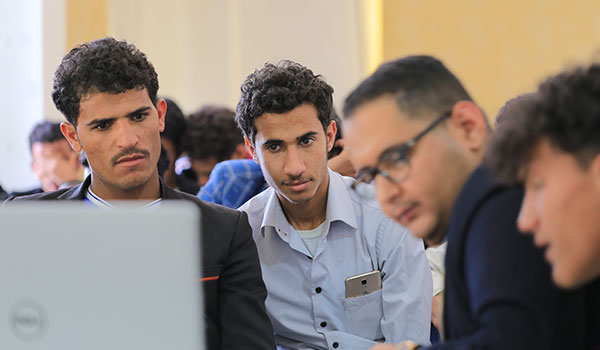 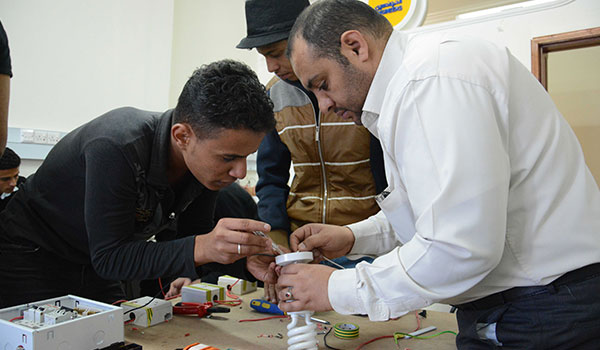 What People Say About Us

An honest statement about a wonderful and fruitful humanitarian effort. More than ten years ago, I attended a ceremony where graduates from various governorates of Yemen received their certificates from Al-Khair Foundation, and it was an impressive event.

Greetings to the dear Mr. / Alwan Saeed Al-Shaibani and an honorary praise in recognition of his fairness, as usual, with everyone!

Mr. Alwan Saeed, a man of generous benevolence, works without propaganda and advertisement, but with patience, perseverance, persistence and calm. Suddenly, you see what he accomplishes in front of you grand and gigantic. How and when it began and with such speed, the answer is because it is an act planned by this genuine and thoughtful man. As he said in his speech today, 74% of his charitable work is directed at education at all levels. That is, youth aspiring to build a better future and life without discrimination from any region or territory or otherwise. For such businesspersons, the hats are raised with respect, reverence and blessing.

Greetings to Mr. Alwan Saeed Al-Shaibani from the depths of my heart for his interest in education because it is the most important field for nation building, which was his dream in which he fulfilled through his commitment and his diligence.

I hope that our modest contribution to support those studying will provide them with something to strengthen them and to stand by them in doing charitable deeds.

Mr. Alwan Saeed Al Shaibani is one of the few rare people who deserve the status of the "perfect human"!

The attendees - at the event “A Decade of Goodness” - and I were astonished at the amount of charitable presented by Al-Khair Foundation in ten years. An unlimited amount of charitable work, worth millions of dollars, without harm nor boast, which included various sectors, foremost of which is education. It also included all social groups, foremost among whom is the marginalized group, and all governorates of the Republic of Yemen, especially the deprived or forgotten governorates. I am writing this after attending today’s event: A Decade of Goodness, organized by Al-Khair Foundation at the Shahran Hotel in the capital, Sana'a, which was the first event organized by the Foundation after ten years of working seriously and silently in the field. The organizers did well. Were it not for this event and the data, numbers and names it provided that are beyond doubt, many would not have realized the value and importance of the role that Al-Khair plays in various fields. Greetings and appreciation to the team of Al-Khair Foundation and its director, Engineer / Sadiq Al-Jumai. I would also like to extend my thanks, gratitude and recognition to the Chairman of the Board of Trustees, the philanthropist, Mr. Alwan Al-Shaibani, who has already proven that goodness is engraved in him and not something he claims!

One of our national symbols, Alsadeeq Yahya Al-Arashi, talked about this man's dream, in a speech he gave in improvisation, at the end of today’s ceremony, which motivated me to write these lines. It was a ceremony bidding farewell to previous students and receiving new ones benefiting from the education program), which is financed by Al-Khair Foundation For Social Development, affiliated to Al-Alamiah Group. In brief words, Alsadeeq Yahya Al-Arashi touched the root of this foundation, and the project of its owner, which did not exist, except in his mind and dreams, when he began his adventure in self-employment. The man quit his job at the airline to try his luck in self-employment. When Alsadeeq Al-Arashi, whom he had met in the early 1970s, asked him: Why did you quit your job? He replied: I want to practice self-employment, hoping to get money that I can direct towards charitable work. This was the root of Al-Khair Foundation: an idea in the mind of its owner, the determination to achieve it and a conscience full of love for the country and its children. 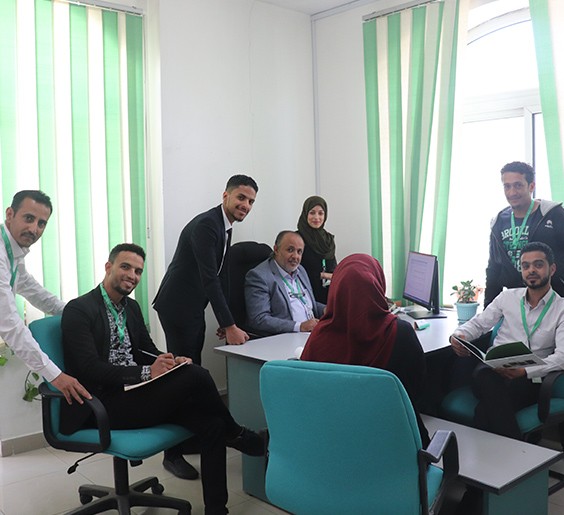 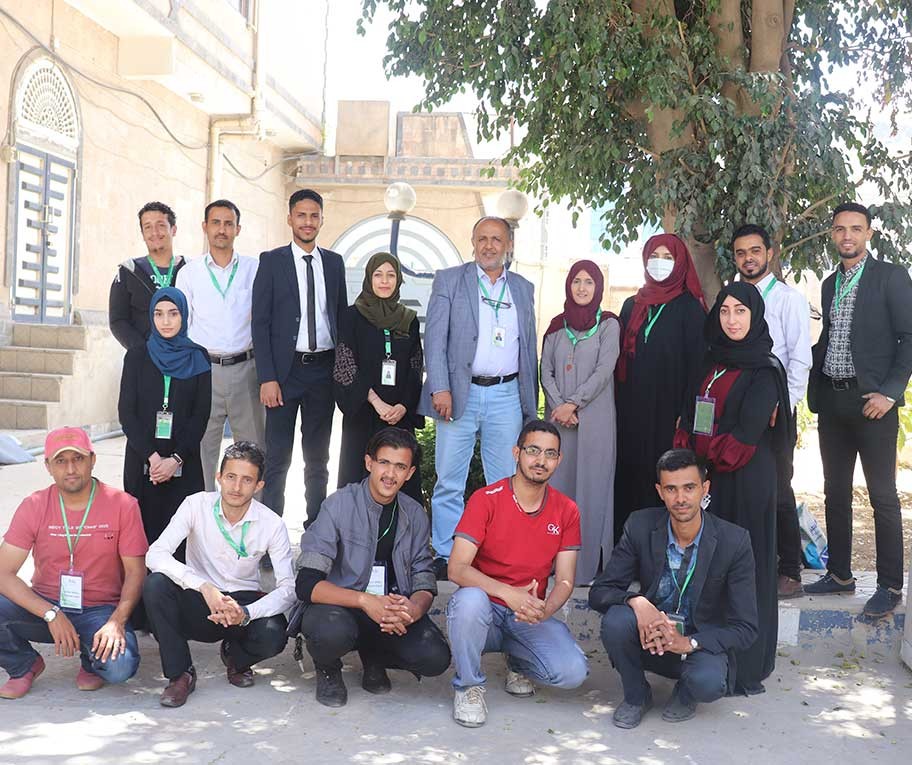 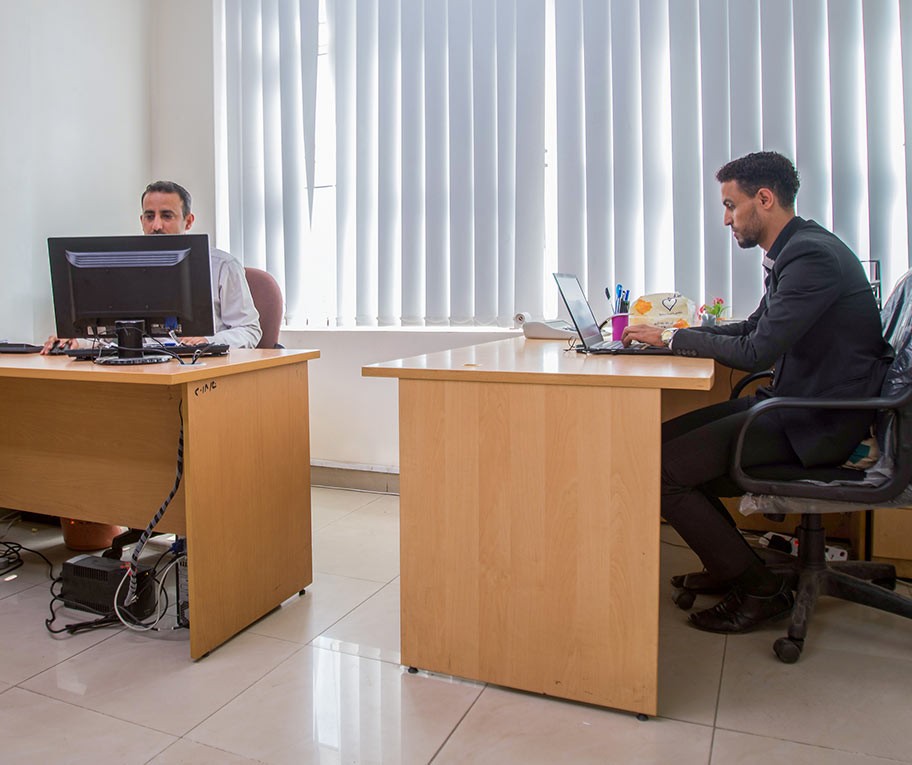 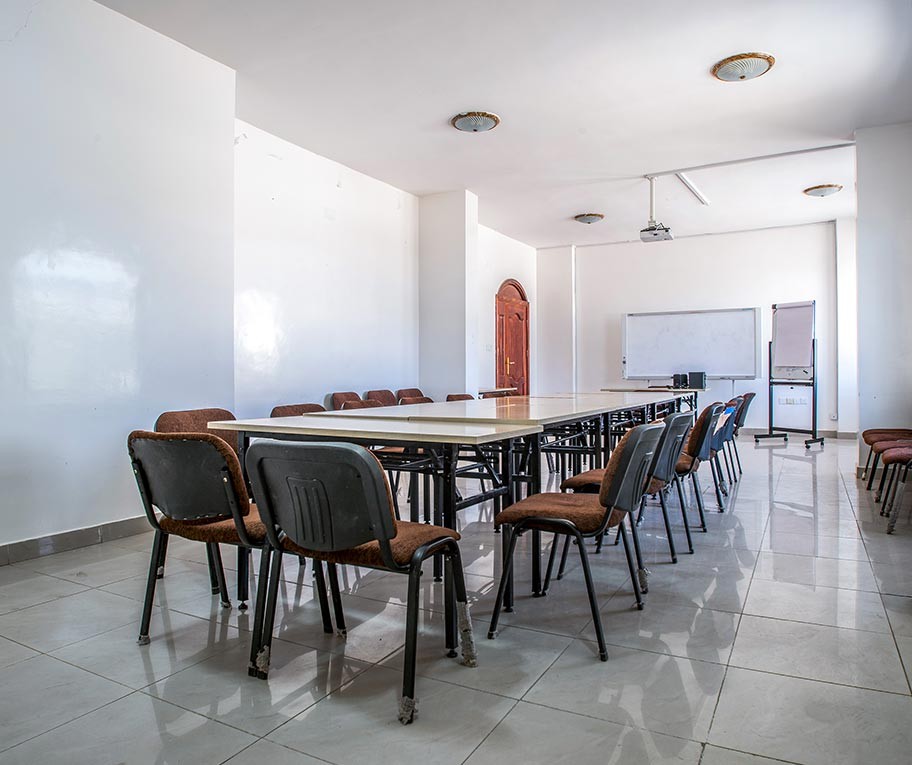 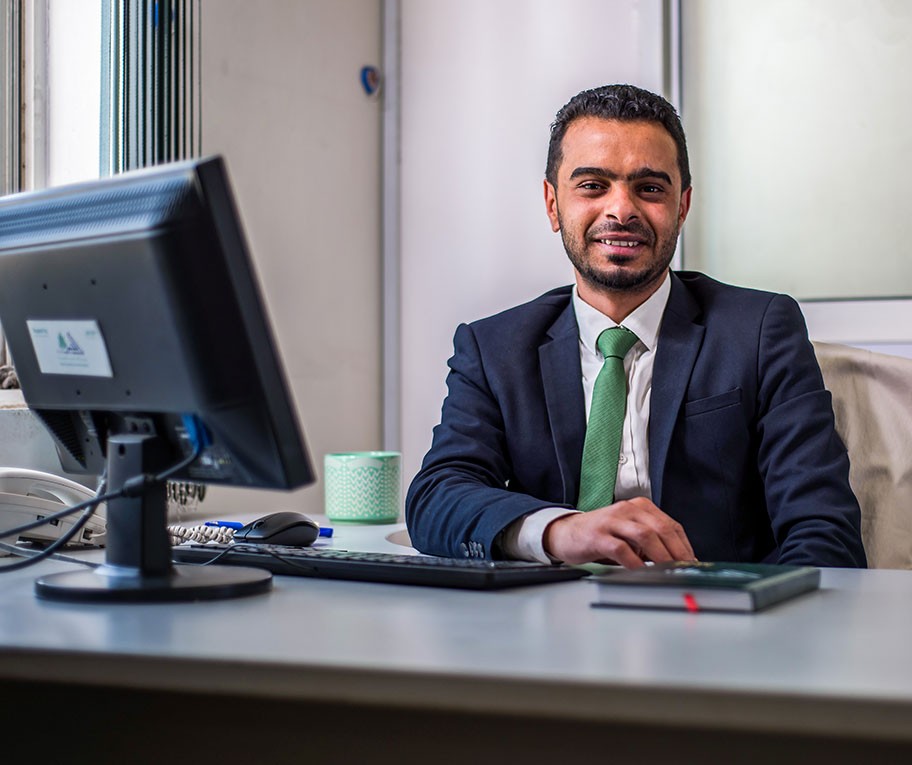 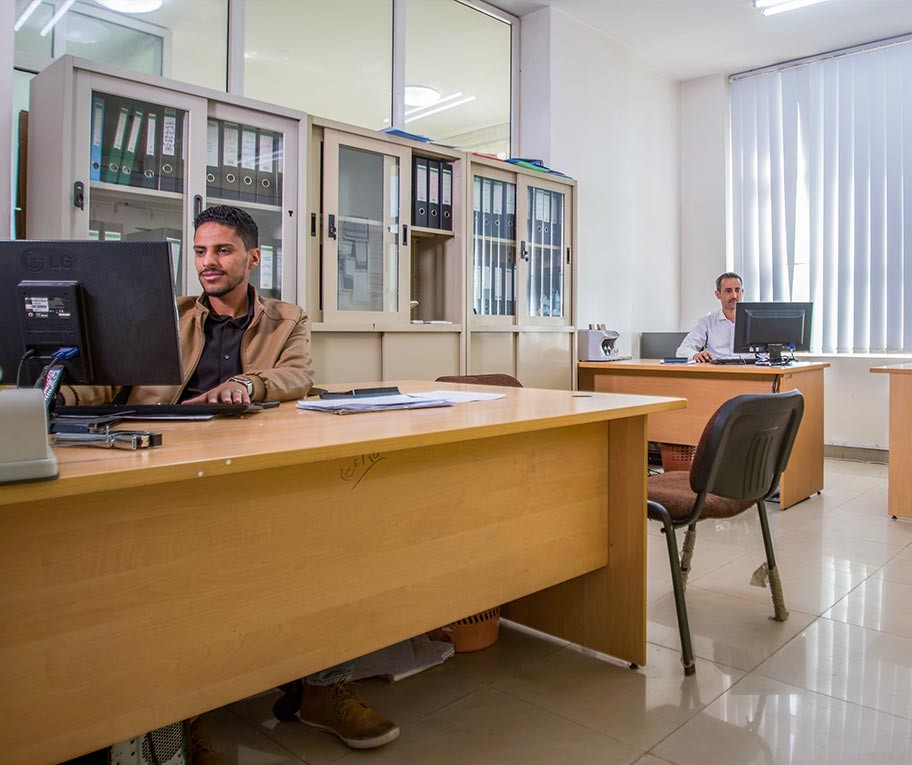 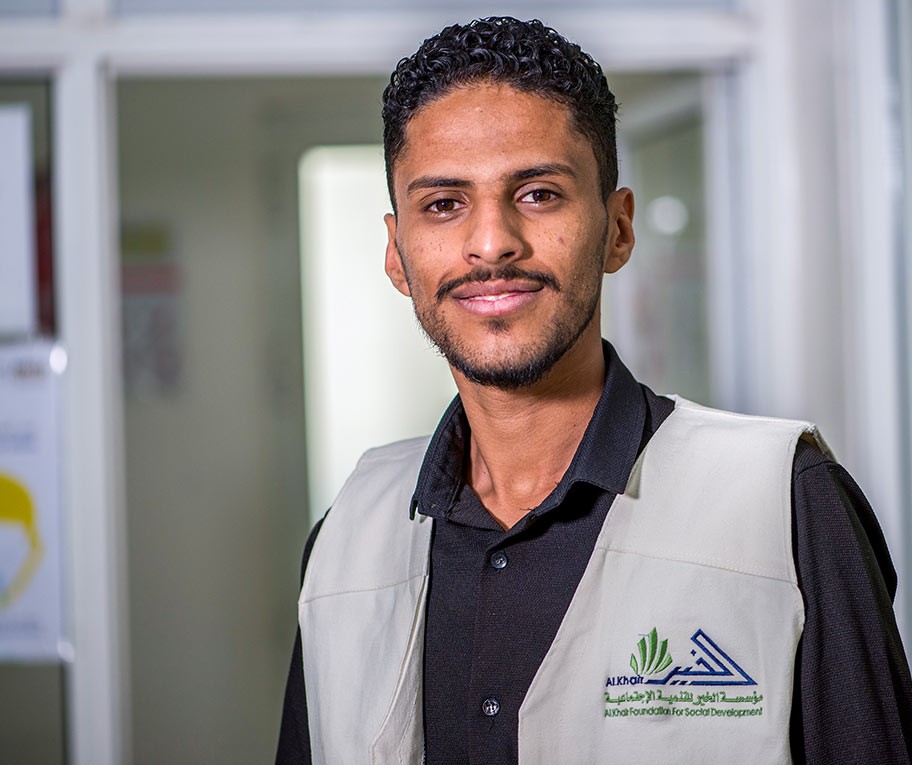 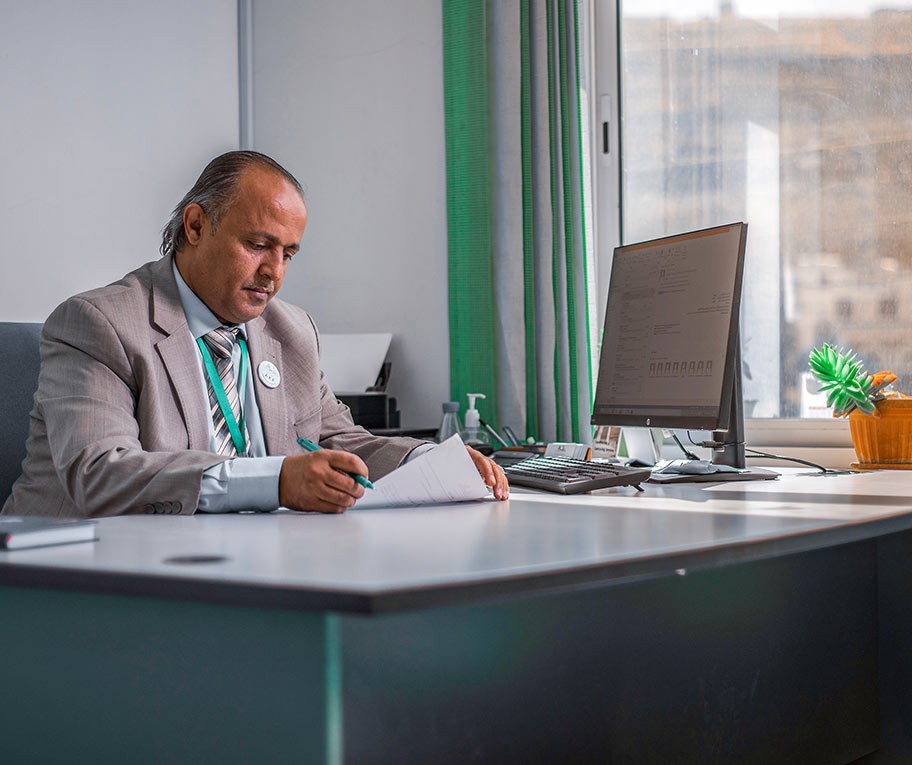